This week’s StoryTime Saturday is being plucked straight from a hardworking nerd over at badfantasyRx.blogspot.com

I’ve been following their on-going fantasy series for quite a while now, and this one’s easily my favorite.  It starts in a mythos we’re all familiar with, with the grand-daddy of all order-makers, Tyr himself. But this also sets up for much more that the author adds to regularly.    I wouldn’t say this is a complete short story, as much as a begining to a world.  And occasionally, to pique one’s interest, I’m going to run on the premise that that’s all you need.

You can check out their stuff by clicking on this week’s story title, or on the image below. 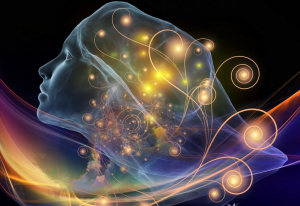 The Gods were Displeased (the Psychic Wars)

There were a lot of theories about how this started, why it started, how it happened. One of them, and my favorite, is that the Gods were displeased. People don’t seem to understand that religion is there to explain the unknowable, often using metaphor. It may manifest that way to us, but that doesn’t mean that’s reality, it’s just perception. It’s why we use the word God, singular, as in the All.

I had some of my fosters who were particularly strong telepaths run around pretending to be Gods and demanding tribute to calm down some of the third world countries that were going off since they didn’t have a social system worth a damn to keep their people safe. It worked. That let me know something about what was really going on.

A comms system was being abused. Duh. We were the equal and opposite of Untouchables, instead of sorting garbage out, we take all of the garbage coming out of the Western world and scramble it up. Unfortunately intelligence can invert that system- kaboom. I don’t know who gave them the bright idea to actually DO it (cough, cough, CIA), but it made a hot mess and we’re still eating it.

I don’t think they counted on our survival skills. Lets just say that the Gods were displeased.

You see after the Fall, after the great battle where the Titans were banished below and Freya came to rule over the Nordic states, Tyr took over for the Germanic countries and, as we all know Loki, along with Heimdall came to live in the states. He took a special liking to the Canucks… but that’s a different story.

This is story about a girl, who fell in love with Tyr, his one hand, his sense of balance, and most of all, everything that he could create. There were rumors that he’d brought fire to the people, and managed to survive by falling in Love with love itself. That he still used his forge to blend necessity and creativity and that things that were nothing poured out of it.

The girl grew up sitting, crouched upon a ledge, staring down into the cave, where she mostly just watched the shadows that played on the wall of his forge. She’d catch sight of him as he came and went, on days when he was working, and made up stories to pass the time. Occasionally she’d hear her people looking for her and shimmy out of the crevasse that hid her, running back to them with the wildest of stories so that they wouldn’t look any further than where they’d found her.

She grew taller, but never so big she couldn’t fit back down into the opening that sluiced water down into Tyr’s forge. Cold nights, warm summer days, she lost them down there, half-dreaming.

I won’t say that her people found out, but things certainly changed. You can’t just sit that close to a living story and not affect it at all. They started to see echoes of themselves in other people’s stories, and she got a job, and a boss.

I’d like to say he was a good man, but he had an interest in the Gods as well- one in particular. He fancied Tyr- most especially in his role in Saturnalia, whether that was something that was natural to Tyr himself or not. He’d been hunted by priests, not of his religion when he was younger. The girl understood. Tyr didn’t always forge plow tools in his cave, and he talked a lot when he worked so she knew what it was like to be a man with power, and enemies.

But she loved Tyr more than she should, because his stories were better than any human’s, and so she started bringing him gifts from her world. A word, when it was brought to the very edge of the cave, became a thing- or at least part of one. It could be worked into something more, if one were a God. She wasn’t even a Titan, she was just a man, just mortal, so she took what she found and she brought it to the God of War, never knowing the path that she was laying under her own feet.

Her mother, of course, worked for Freya. As her little girls bare feet ran back and forth, never being minded, running into and out of bivouacs, magic worked its way into her kitchen- and she was perfectly happy with that. It gave her the energy she needed to talk to her friends, and to run her household, because in their culture women were dominant. Not so in Tyr’s.

Her cousins took her stories and went off to the seaside cliffs to talk about them where the adults couldn’t hear. Its not that they wanted the stories to stop, quite the opposite, they just couldn’t figure out where all the changes were coming from. It was very simple really- the Gods were Displeased.

Any cleric of Paladine will tell you that you can upset the balance one of too ways. You can initiate too much chaos. Or you can initiate too much order. Humans had decided to do both. You see, their farseers had found not one, but two meteors headed straight towards them. One was Chaos, and Loki Laughed at that one. One was Order, and Heimdall was pleased. His priests had had enough of the silence and prayers that marked day by day and his brother was popping in and out. It was time to settle things back down again.

The fires of Tyr’s forge began to burn black, and the girl recognized the sound of weapons being forged. She brought him one final word, before giving in and entering his service. She brought him the word Kanji, and became her, just her, instead of her given name. Because that’s the sacrifice that Freya required in order to become a soldier, and serve Tyr while living in her house. There are always reasons for rules… this one was to avoid the hell that would be unleashed if Tyr ever fell in love with anything but Love itself. With anything but the little death.

Well, anyone who was anyone in America could tell you that Loki won, that Heimdall hasn’t restored order and that the churches are in Chaos. But very few will be able to tell you that the System, while it was damaged, didn’t break. Because they keep looking for a woman, a star.

And all they ever find is her, just her, the girl with no name.