This week’s feature writer is younger, and goes by the (terrible!) alias pyropoodle101 — but their story’s really worth its text.  Really, who hasn’t wondered about the meaning of a life sentence, to the immortal?

(There’s a writing joke in there, somewhere.) 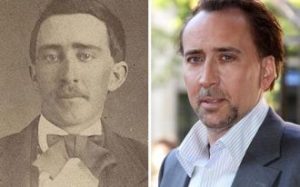 An Immortal is Sentenced to 1000 Years in Prison

How long did it take them to notice? Ten years? Twenty? I’m sure someone was suspicious that not a single wrinkle appeared on my face by thirty years, no bones ached after forty years, and not a single solitary grey hair appeared at sixty years in prison, but nobody said anything. Not until my young blue eyes remained clear and bright past seventy years. Then came the tests, then more tests, and (just in case I hadn’t been tested enough) they tested me some more. I don’t know what they found. They didn’t tell me. I’m still a criminal, aren’t I?

I did get some weird looks at the prison. All of the conspiracies resulted in a little bit of “testing” in the cells when nobody was around. I gained quite the reputation after eleven stabs in the kidneys did more harm to the toothbrush shiv than me.

I quickly gained followers, and equally loyal detractors. To call myself a gang leader would be an understatement. I wasn’t a leader, I was a god. My peons worshipped me. Even the prison staff feared my control.

I lived in luxury; all of my needs were taken care of by either my disciples or the more reverent staff. That isn’t to say I lived carefree. Jealousy is one hell of an emotion, and I don’t think anyone has ever been as envied as I was inside these prison walls. While I was safe from harm myself, even my extensive web of followers couldn’t be everywhere at once, and my stash of smuggled and swindled loot was well known throughout the concrete halls of the prison.

Perhaps the worst of these jealousy-stricken thugs was Tinfoil. Picture a stereotypical 60’s greaser, place them in an orange jumpsuit, and dye their slicked back hair metallic silver. He was a caricature from the unlit cigarette that dangled unfailingly from his lips, to his slight Italian accent, to his prized switchblade that he could pull from God-knows-where on a moment’s notice.

Tinfoil had a gang of his own, albeit smaller than mine. They would take any opportunity at all to slip into my cell while I was roaming MY kingdom and wreck MY stuff. I never caught him in the act, but that smug smirk from safely across the prison yard confirmed my doubts every time. God, how I wanted to slam my impervious fist into his fragile teeth. The only thing stopping me from wrecking that greasy face was the thought of solitary confinement. The thought of a week, a month without the luxuries I had grown accustomed to was enough to stop me from murdering that little PUNK with my bare hands. My pull with the staff didn’t quite extend far enough to save me from repercussions entirely.

Normally, when I had a problem that needed solved, but would normally bring about some sort of punishment, one of my disciples would jump at the opportunity to prove himself to me. But a war between my devotees and Tinfoil’s greased up lackeys was a bad idea. I had many valuable assets, and a switchblade to the throat of my best smuggler was too inconvenient an idea to consider.

So I had to get creative. If I couldn’t fight him directly, I could make it seem like an accident, or at least not my doing directly. Have you ever wondered how many hairs are burned off trying to make a firebomb out of some gasoline and the remains of a vending machine? None of mine of course. The smell of scorched eyebrows was a common one, however, for about a week until a group of my peons perfected the recipe. After that, it was relatively easy to get one of my men to suicide bomb Tinfoil’s gang, denying any involvement in it myself. I wonder how smug he looked while his unnatural silver hair was burning off. Hah, consider that. Me, calling something else unnatural.

There was an extensive investigation of course, but I had hundreds of fall guys. They would do anything for me. They revered me. They loved me. They would never rat me out. Right?

It’s a lot rougher here in maximum security. I swear to God (an illusory promise; no God could possibly allow me to remain here on this Earth) I’ll kill someone if I have to sleep on another lumpy cot instead of the king-sized cocoon of comfort I’ve grown accustomed to.

Those traitors better pray to their elusive God that they get out of here before I do.